Lautapeliopas (”board game guide”) is the biggest board game information web site in Finland. The current site was launched in June 2009, but the editor-in-chief Mikko Saari has been doing board game reviews online since 1999. Lautapeliopas is the result of a long term commitment to board games.

What we can do for you

If you want to reach Finnish board gamers, there’s no better way than get your stuff seen on Lautapeliopas. We have a steady following and get lots of random traffic, thanks to our excellent Google rankings on many popular board game keywords. In slow summer months Lautapeliopas gets about 10,000 unique visits per month, but during December 2017 we had about 35,000 unique visitors with over 140,000 page views.

What can we offer?

The main focus on the site is still in reviews. We have about thousand published reviews of board games, covering the essential classics and newer games. Games released in Finland get the best coverage, the rest gets reviewed according to the whims of the contributors.

Our third strong point is articles. Lautapeliopas gets Finnish designers to describe their games and the processes behind them, and we’ve been successful in this, with lots of interesting articles already published. We also translate interesting international articles in Finnish.

For a living, Mikko does WordPress infrastructure and is the creator of Relevanssi search plugin for WordPress.

I just recently moved to Tampere and I am looking for people or groups that play the LOTR board game or strategy game. I was wondering if I could get any information on how I can find players and locations. Thank you!

John, I think your best bets are two Facebook groups: Board Games & Chill and Tampereen lautapelaajat. These are probably the best. 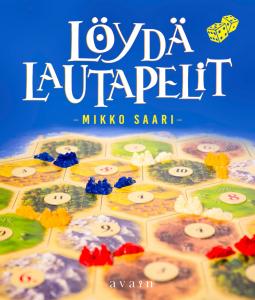